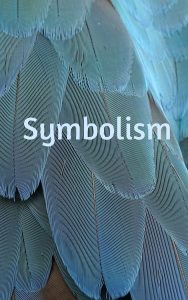 Welcome to the Harry Potter Portal!

As the title says, I use the Harry Potter books as a portal in which to gain access to these other areas. I go deeper into the mythologies than the few names Rowling came up with for her characters. You can learn about the creation stories, the main gods and goddesses, some heroes, and even an end of the world scenario. I want it to be a place for Harry Potter fans to come when they have questions about many of the references in the books, and I want it to take them further than a brief explanation that, for example, Minerva is the Roman goddess of wisdom. I also hope that this portal will perhaps instill an interest in mythology, history, or literature that will take the reader beyond what I have written to reading and researching on their own.

How I Got Here

Many years ago I taught a class using the Harry Potter books to introduce kids to mythology and history. What better way for kids to dip their toes into learning mythology and British history than to approach it with the characters and places they love from the Harry Potter world. It originally started out to last for a few months, the length of a school semester, and cover the first two or three books. But, due to popular demand, the class lasted for 1 ½ years! Instead of the first three books, we read through all seven books. We had a great time.

The genesis of the class was a chance conversation with a fellow teacher whose students were reading The Sorcerer’s Stone. I had read all of the books and loved them, but never thought of them in terms of something to read in school. But, as we talked I realized that the books were rich with meaning—in the fun mythological and historical names and places, and with the journey of the mythological hero. I decided I wanted to teach a class using the Harry Potter books. What better way, I thought, to introduce kids to mythology or history than using the stories and characters they already know and love.

We learned so much together, and I really mean that…I learned a lot too. Not only did the kids teach me things, but I had to do research every week to either learn more about the mythology and history, or I had to revisit what I’d learned long ago when I was in school.

Each week we discussed the mythological, historical, and literary references in the Harry Potter books. We played fun games based on the books. We even held a Tri-Wizard Tournament and a Yule Ball.

A few months after the class ended a parent said to me, “you should make a curriculum based on your class.” A light went on in my head and that became the genesis of a book. The book took many turns. At first it was meant to be a curriculum to use alongside reading the books, with questions and worksheets and the like. But, as I sat down to write it, as often happens, it came out completely different than what I had intended. I delved much deeper into the mythology than I had planned. I dipped my toe into Norse and Celtic mythology, something that hadn’t come up in class, and found it was applicable to Harry Potter. I decided to include it. The section on the Mythic Hero’s Journey turned out to be much more involved than I had expected too.

The purpose of The Harry Potter Portal is to use the world of Harry Potter as a gateway into the worlds of mythology, history, legends, and literature. I have structured it into six sections, or Portals, that can be read in any order or on their own. You do not have to read the Greek Mythology Portal to learn from the History Portal. There is some overlap and when a person or story is mentioned in more than one place I will try to include links to the other section. Please bear with me if not all the links are available! I’ll be working on them.

It’s been quite a journey for me (no pun intended). Some of the kids who were in the class have now graduated from high school and some have even graduated from college. I do not want to teach another class, but what I’ve learned could be of use to someone—a parent with a child interested in mythology but doesn’t know where to look, a homeschooler who loves Harry Potter and wants to learn more, or perhaps anyone who likes Harry Potter or mythology.

Anyone who loves the Harry Potter books can learn Greek, Norse, and Celtic mythology, great stories like those of Aeneas and Merlin and Beowulf, historical people and places of Britain, the symbolism and meanings of different animals, colors, and names, and the archetypal Hero’s Journey. All in the context of the Harry Potter series.

I’ve learned a lot researching and writing this. I hope you do too.